TURN THOSE FIERY DARTS INTO TRUTH-TIPPED ARROWS AND FLAMING SWORDS! 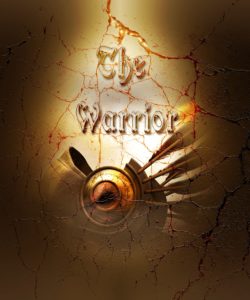 TURN THOSE FIERY DARTS INTO TRUTH-TIPPED ARROWS AND FLAMING SWORDS!

As I was just waking recently, I heard: “Turn the enemy’s fiery darts into weapons that will boomerang back and destroy his plans. Turn the darts into truth-tipped arrows and flaming swords!”

We are in a battle. I have been feeling it fiercely the last month, much oppression, but then came a fresh wind of the Spirit that brought clarity and great discernment. God is moving us into new lands with new mantles and assignments, and the warfare is intense. Lately Holy Spirit is impressing upon me strategies for weapons of warfare. The last word, “Truth Bombs are Falling,” now this one.

Truth-tipped arrows shoot into the heart of the matter and flaming swords that decapitate the “head;” where we have given the enemy headship in the past we shred every vestige of attachment with the Word of God in the power of the Spirit! Where the enemy has held you captive, you will now render him powerless, and your victory will bring fresh anointing that will set other captives free!

What I had been hearing from the enemy’s mouth were the usual fiery darts as I prepared for ministry in speaking or writing – “You don’t have anything; No one wants to listen to anything you have to say; Your books don’t make a difference,” etc.

As I was listening to the Lord about the weapons this morning, He gave me some examples. Against the dart of “You don’t have anything,” a truth-tipped arrow would be “You’re right, I don’t have anything, but God does, and He fills my mouth (or pen).” The flaming sword would be, “I have the mind of Christ.” Against the dart of  “No one wants to hear what you have to say,” the truth-tipped arrow would be, “You’re right, devil, no one wants to hear what I have to say, but they want to hear what God has to say and He’ll fill my mouth with His words!” The flaming sword response would be, “My tongue is the pen of a ready writer,” and “I am called, chosen and faithful; I created in Christ Jesus unto good works, ordained by God to walk in them.”

The enemy sees us advancing and is on the warpath to stop us. Many are skilled at being defensive and maintaining our ground, but we are advancing now and God is giving new strategies as we go into new lands, with a fresh unction from the Holy Spirit to give us boldness in our faith and intentionality in our movement. We will make the enemy weary of keeping up with us and trying to figure out our next move! The enemy calculates what we will do based on what we’ve done in the past, and he tries to trip us up in the same areas we’ve been held captive before. As we keep moving forward, relying on the right now Word of the Lord for strategies, and the fresh wind of Holy Spirit to bring empowerment, the enemy won’t be able to calculate as we are doing and saying new things.

The word of God is a two-edged sword in our mouth!

“For the word of God [is] quick, and powerful, and sharper than any twoedged sword, piercing even to the dividing asunder of soul and spirit, and of the joints and marrow, and [is] a discerner of the thoughts and intents of the heart.” (Hebrews 4:12 KJV)

When we allow the word to pierce and penetrate our inmost being, it separates the soul from the spirit. Our soul is the mind, will and emotions. This is the area where the enemy has hooks in us that hold us captive to his plans, hinder our moving forward into Kingdom manifestation in our lives.

When Jesus was in the wilderness and satan was trying to tempt him out of the will and timing of God, Jesus combatted the fiery darts with the Word of the Lord, “It is written...” But He didn’t just think it and meditate on it, He released it through His mouth! Jesus overcame by speaking the Word of God, but Jesus also tells us that satan had nothing in Him (John 14:30! We know that Jesus was tempted in all ways as we are, yet He didn’t sin. We have to let the Word work in the hooks in our soul. We think of sin as things we do, but Jesus said whatever is not of faith is sin (Rom. 14:23)!

When we allow the sword of the word of God to separate the soul from the spirit, we can “see” the soulish hooks. When we “see” we are set free; the hook is rendered powerless. Now the Word comes alive in a new and fresh way, aligning us to the Spirit of God. This brings hope and vision to our soul where there was despair and doubt. Now we can be in full agreement with the Word and when we release it through our mouth it carries dunamis power to defeat the enemy’s lies.

During the Head of the Year gathering at Glory of Zion, I had a vision that unfolded into a second vision the next day as I sought the Lord. The first part of the first vision was worshippers interacting with angels. The Lord revealed that this year there would be increased angelic assistance bringing us strategies and tools for victory. The vision then segued into a fiery gate guarded by a nearly 20 foot tall fiery armored warrior with a fiery torch. The gate was massive, larger than a football field. Just beyond the gate was the Lord seated on what seemed to be a fiery chariot because it had wheels. As I looked closer, I saw that it was actually a throne with wheels. These were all made of fire, yet the Lord Himself was in glowing white. I heard that the Body of Christ would go through baptisms of fire in His presence to be purged of mindsets and structures hindering the Kingdom being manifest through us.

The second vision the next day revealed series of multiple gates. I heard that these would be gates we would go through as we move into areas of promise. Through each gates are treasures that are guarded by demonic beings and structures. Only after we have allowed the fires of the Holy One to burn can we remove the treasures, and each will require an internal work for release of what is rightfully ours. One strategy revealed declaring Truth; recognizing that the kingdom of darkness is upheld by lies. Whenever we hear something that is not true in the Kingdom, our strategy will be to declare the Truth. When we see a situation that is not of the Kingdom and is revealing death, hell and the grave, our strategy is to declare and represent the Kingdom in fullness and authority over the works of darkness.

The demonic realm is deceptive and attaches itself to the fear in us and to the seeds that were planted by the world, the flesh and the fiery darts of the evil one. The battle is fierce because the Kingdom of God is at hand; it is time to possess new land! We must be on high alert, discerning the voices and the situations that we encounter, and God is giving us fresh Ruach breath upon us, so we are well able! It is a time to redeem what has been captured by the evil one, and we are receiving tools from heaven to bring into time so that we can take back what has been stolen.  It is time of restitution, reclaiming the earth to the rightful owner…the Lord God Almighty!

Turn those fiery darts into truth-tipped arrows and flaming swords! It is time to battle and take possession of the new lands God has promised us!

TRUTH BOMBS ARE FALLING UNCOMMON GRACE TO BEHOLD AND LAY HOLD OF THE NEW!