“THE VIEW” IS SHIFTING; MANY WILL SEEK TO HEAR MY VOICE 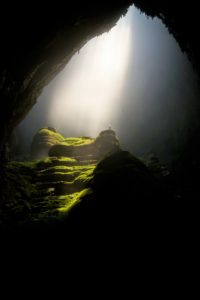 “THE VIEW” IS SHIFTING; MANY WILL SEEK TO HEAR MY VOICE

It is no small matter that three days after the attack on our Vice President (and in no small measure, Christians in general) by “The View” host, that Billy Graham went to be with the Lord at age 99 (3 x 33). Why do I say this? Billy Graham was a loud voice for the gospel of Jesus Christ. His death has brought more publicity for the LORD than any that I can remember in my lifetime. Three represents Father, Son and Holy Spirit, and life from the dead. Billy Graham often spoke that when he “died” it would not be death, but entering into life eternal.

Many were upset at the recent attack from “The View” host by her statement that those that hear God are mentally ill. I clearly heard the Holy Spirit say that He is using this attack to cause many to seek to hear God’s voice. He began to speak to me of His view of the matter. He told me that this will be used to cause a resurgence of Truth declared in our nation. This nation will once again be filled with men and women, boys and girls that hear His voice and stand firm in faith in His word!

In a few short days after the attack, the gospel has been heard around the world to an unprecedented measure. Untold numbers of people are hearing the gospel through the tributes to Billy Graham being shared.  The worldly “view” in contrast to the life of Billy Graham is bringing to the light the reality of spiritual forces at work in the earth. Many have not believed there are spiritual forces at work, some of those even professing Christians. The attack is causing many to ask the question of whether or not we should be able to hear God’s voice, and causing a desire to be birthed for hearing the voice of God.

I heard Him say, “For the time is at hand for my voice to be heard in the land. Mantles of evangelism have been loosed from heaven to uproot the lies brought in through leaven. There will be a great resurgence of discernment and the true prophetic voices that will speak the truth and not back down from fear of man. The gap is widening between truth and lies. The church at large is awakening to the war in the heavenlies, to the reality of principalities and powers – demonic and angelic forces.

The curtain is being raised, the age of “reason” and so-called “enlightenment” will cease as My Kingdom comes forth. As the silent majority of my church begins to wake up and tell the truth, the nation and the world will shift. The church will influence culture, rather than culture influencing the church.”

I sensed the Lord saying that this event is bringing exposure to the mocking spirit that even exists in the church, and brings a platform to the question that must be asked, “Can you hear Me; Do you believe I want to talk to you? If I AM speaking, do you want to listen?” The sneer will give way to the hearing ear.

Many Christians do not believe we are supposed to hear God. I have heard some say that we do not need to hear God today, because we have the Bible. “My sheep hear my voice, and I know them, and they follow me:” (John 10:27 KJV) Billy Graham clearly and loudly proclaimed that God wants relationship with us, and that Jesus Christ is the answer to the dilemma of sin. He boldly preached that if you were feeling conviction, the Spirit of God was speaking!

Many have had their hearing blocked because the father of lies has deceived them to think that God doesn’t speak today. Others do not really want to hear God, because they are afraid of what He might say. Deep down they don’t believe He is “good,” that He will require them to do something they don’t want to. And some are dull of hearing because of they have not  been exercising their senses to discern (Heb. 5:11-14).

What I am hearing by the Spirit of the Lord is that He is using this attack from “The View” to cause many to desire to hear His Voice, and to awaken the Body of Christ to the need to let others know that it is normal to hear God speak. Many Christians have desired to stay hidden. They do not want others to know that they hear the voice of God for fear of being labeled crazy, or even to have a discussion about their beliefs. Still others are fearful of the conflict that will occur discussing the spiritual realm and the forces of darkness that also have voices.

I am hearing, “There are many who are trapped and bound, waiting to be seen and found. Many hurting and oppressed, spiritual reality not addressed. Drugged and numbed, tormented still, has never been my perfect will. It is time for my people to come forth in power and overthrow the works of the devourer. Many will see and realize there is much that has been hidden from their eyes. Ears will be opened and My voice they will hear as My people refuse to cower to the spirit of fear.

The door is open; the question on the table. Will you tell others the truth, or are you afraid of a label? “My son,” “My daughter,” “Child of the King,” –  these are the labels that Truth will bring. There are many bound in lies from the enemy’s rope; go and tell them, bring My Hope. I long for all to hear My voice, their hearts set free brings cause to rejoice! Tell them I love them, not to fear, I am a good Father and want them to come near, My words of love and direction to hear.

The door is opened, the harvest is at hand. My voice will be heard throughout the land. Generations are listening with open ears. Preach the gospel boldly, without doubt or fear, many are waiting and ready to hear. The view is shifting, much land will be taken, strongholds of darkness are being shaken. The view is shifting, My voice will be heard, My Son is the LIVING Word!”

“Verily, verily, I say unto you, The hour is coming, and now is, when the dead shall hear the voice of the Son of God: and they that hear shall live.” (John 5:25 KJV)

THE WIND OF THE SPIRIT IS BLOWING! THOSE CONCEALED ARE BEING REVEALED; MY POWER THEY WILL WIELD