THE TABLE IS PREPARED FOR THE NEW! 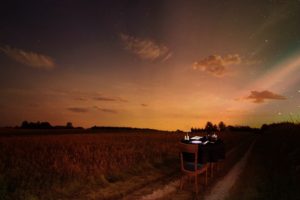 THE TABLE IS PREPARED FOR THE NEW!

We are in a season of great grace, provision and open heavens. I have recently seen great shifts in ministry and in personal relationships. Revelation is pouring out, lives are being transformed in an instant!  Answers to prayers and prophetic promises are being manifested like never before.

This was declared prophetically in our ministry the other day and as it was, I saw a picture of a bountiful feast in a setting of great beauty where I was seated as royalty. Surrounding the table were many creatures of evil completely bound. They were gnashing their teeth and muttering curses. It was apparent they had no power at all. Next, I saw another layer of the vision, as in the background and above them, I saw the Lord with great joy parading them in the heavenlies; they were bound and led behind Him as He declared, “It is finished.”

I declared the enemy was bound as we ministered and there was an immediate shift in the atmosphere. The demons that had been causing confusion and strife were silenced. Countenances changed; many of the residents were awakened and alert (an Alzheimer’s and dementia facility) in a moment’s time!

It is finished! The table is prepared before us. He is waiting for us to partake of all the provision and blessing that he has purposed for this time. The meat of the word is being revealed in depths not before seen or heard, as we are to walk in the greater works that Jesus foretold.

“Most assuredly, I say to you, he who believes in Me, the works that I do he will do also; and greater [works] than these he will do, because I go to My Father.” (John 14:12 NKJV)

According to the Hebrew Lexicon, the meaning of the word prepare includes to arrange or set in order, set forth (a legal case), set in place. Table in Strong’s Concordance means the King’s table, for private and sacred use. Presence means to bind up, besiege and oppress, the adversary! Jesus has paid the price, the enemy is bound; legally we have every right to eat from the King’s table and it is a bountiful feast that provides all we need!

It is to walk in the authority that we have been legally given, to take the keys of the Kingdom and bind our enemies. Silence them and render them a defeated foe!

We are in an unprecedented time of favor, seeing and hearing by the Spirit that the works that have been prepared before the foundation of the world are now coming forth. The eternal purposes of God, written through His Word, are now being manifested. This is a powerful truth and truly new beginnings!

A few months ago the Lord told me that He was answering a prayer I have been praying for years. When I was born again in 1981 I was so aware of the presence of God in every moment, every encounter with others, every situation that occurred. There were many signs and wonders that happened during those early days. I wanted that back again! The Lord told me He was bringing me into new beginnings again. What a powerful promise! Yet it was greater than I thought or imagined.

Just before the start of 2018, the Lord told me that it was not the beginning I was thinking of, not as when I was first born-again, but as in the beginning, before time, when I was in Christ!

Beginning, in Strong’s Concordance, means the first, in place, time, order or rank; in the Hebrew Lexicon, it describes it as the former state and choice part.

This table that is already prepared for us is the purposes of God set in order, established in the eternal before time began. We are to partake in this eternal truth that now is the time that the eternal purposes of God are to come forth in the earth.

I had a recent experience where I observed multiple shifts in the weather in a short time and the Lord spoke to me, “See how quickly things can change.” I began declaring prophetic words He’d given me, and immediately received provision in an apostolic amount (multiples of 12) from an unexpected source.

“Do not remember the former things, Nor consider the things of old.  Behold, I will do a new thing, Now it shall spring forth; Shall you not know it? I will even make a road in the wilderness [And] rivers in the desert.” (Isaiah 43:18-19 NKJV)

A week later, a family member I had been praying for had a divine encounter and her life was immediately transformed. Grace in great measure was poured out and she was given supernatural ability to be delivered from a long-standing addiction. The words of her testimony caused a shift in another’s life who is now hungry to hear God for himself. She had a vision of a great waterfall pouring out; the prophetic rivers of God flowing.

This is that which was prophesied. “And it shall come to pass in the last days, says God, That I will pour out of My Spirit on all flesh; Your sons and your daughters shall prophesy, Your young men shall see visions, Your old men shall dream dreams.” (Acts 2:17 NKJV)

The heavens are open, grace is abounding, the river of God is flowing in the Spirit and we can jump in at any moment. This is the time that the answers to prayers are being manifest, provision is being sent, miracles, signs and wonders will follow the preaching of the Word and the harvest is coming in.

This is a new beginning, set in order from heaven and brought to the earth for NOW. We are new creations, IN CHRIST, as we were created in Him before the world was formed, and the works we are to walk in were ordained before time.

“Therefore, if anyone [is] in Christ, [he is] a new creation; old things have passed away; behold, all things have become new.” (2 Corinthians 5:17 NKJV)

“According as he hath chosen us in him before the foundation of the world, that we should be holy and without blame before him in love:” (Ephesians 1:4 KJV)

“For we are his workmanship, created in Christ Jesus unto good works, which God hath before ordained that we should walk in them.” (Ephesians 2:10 KJV)

Eat from the eternal table lavishly set with every good and perfect blessing. The enemy may be squawking in your ear, but declare them silenced and defeated; eat with joyous abandon. Partake from the King’s table, in faith receive what you need from Heaven, declare it is so, go forth through the door into the new and bring His Kingdom to the earth.