“IMPOSSIBLE” NO MORE; EXPECT THE MIRACULOUS! WHATEVER HE SAYS TO YOU…DO IT! 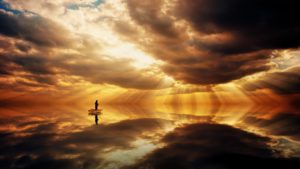 “IMPOSSIBLE” NO MORE; EXPECT THE MIRACULOUS!

WHATEVER HE SAYS TO YOU…DO IT!

I am hearing strongly that there has been a shift and our faith needs to shift. It is time for our faith to rise high and expect miracles! We are in the Hebraic month of Elul – the King is in the field and we have His favor! We will soon enter the Hebraic year of 5779, and nine represents birthing, fullness and fruitfulness! Believe that miracles are waiting to come forth – great healings, deliverances – restoration to original intent! The Kingdom is at hand!

I am speaking from a place of witness. In the last few months, I have experienced two miracles. One God has not given me liberty to share at this time, and I am still in wonder over it. The other was a miraculous God intervention in a situation where the doctors said over a family member, “This is the new baseline; there is no treatment, no cure, no hope.” But GOD! He gave me a directive and I was obedient.

I have to tell you, it was a stretch of my faith. I know that with God all things are possible. I have seen countless miracles and healings in my personal life and others’ as well, but in this situation there was all the reason in the world to believe the doctors’ reports. God told me to speak to my family member in a way that did not seem logical for the situation. Yet in the command itself, hope was generated and I thought, “What do I have to lose?”  I asked God to help me in my unbelief! (Mark 9:24)

My family member responded in a way unexpected and Holy Spirit nudged me to keep going, to delve deeper. She confessed secret sins and received forgiveness, and gave forgiveness for other situations where that was necessary. She was delivered from fear, guilt and shame.  In a manner of a week or two, the miracle happened. Her mind was completely restored to normal. God turned it around. We were all astonished and amazed.

The experience caused a ripple effect upon her son and in the circumstances it seemed the worst was going to happen. Yet God moved AGAIN, and in a matter of a few short weeks, her son grew emotionally by leaps and bounds and has been delivered from the spirit of lawlessness and rebellion. There were other occurrences stemming from the progression and outcome of the miracle that were answers to prayers as well. GOD IS MOVING EVEN WHEN IT LOOKS IMPOSSIBLE! Believe in His goodness and His desire to see His Kingdom come in your life and others’ lives! Declare and decree His goodness, His love, His justice, His mercy, His life and glory in every dark and seemingly destroyed situation!

In the middle of the circumstances, it looked worse that it ever had. I speak to that spirit of fear, doubt and hopelessness in your life and declare, GOD IS IN THE MIDST! HE IS IN THE CENTER OF THE STORM! Stay where He is and He will show you what He is doing and give you divine strategies. Hold fast to Jesus; He is with you and He has heard every prayer, every declaration, every decree. He has seen your travailing in your situation. A miracle is ready to be birthed; hold fast in faith!

I have been hearing for weeks, “Cast your net on the other side.”

“And he said unto them, Cast the net on the right side of the ship, and ye shall find. They cast therefore, and now they were not able to draw it for the multitude of fishes.” (John 21:6 KJV)

It’s time to cast our net – our way of thinking – outside of the norm and into the realm where the faith of Jesus exists. (KJV: Rom. 3:22; Gal. 2:16, 20; Eph. 3:12; Phil. 3:9; Rev. 14:12) He is in us, we have the mind of Christ, so we purposefully cast our cares upon Him and go deep in the waters with Holy Spirit until we perceive the LORD is in our midst and receive His mind and HIS faith about the situation! He wants His Kingdom to come to the earth more than we do!

Are you struggling financially? Cast your net into the truth that God wants to bless you abundantly, to prosper you and multiply what you have for the Kingdom! Maybe you think that it’s your own fault for poor management and bad decisions. Have you learned your lesson and changed your way of thinking? God is a good father. Would you punish your children by withholding good after they had a change of heart and mind? Cast your net on the other side! God is good, and He has resources beyond your natural thinking! When Peter was asked about paying taxes, Jesus told him to go fishing and there would be a coin in the fish’s mouth!

“Nevertheless, lest we offend them, go to the sea, cast in a hook, and take the fish that comes up first. And when you have opened its mouth, you will find a piece of money; take that and give it to them for Me and you.” (Matthew 17:27 NKJV)

Let your faith arise and the enemies of doubt and unbelief be scattered! His ways and His thoughts are higher than ours. Read the Biblical accounts of all the miracles in the Old and New Testaments, then meditate on the reality of His goodness, His sovereignty, and His authority and power. Cast your net into the depths of His omniscience and let Him speak to you! It is time for Christ to be made known and the wisdom of God seen by the Church!

“And to make all [men] see what [is] the fellowship of the mystery, which from the beginning of the world hath been hid in God, who created all things by Jesus Christ: To the intent that now unto the principalities and powers in heavenly [places] might be known by the church the manifold wisdom of God, According to the eternal purpose which he purposed in Christ Jesus our Lord:” (Ephesians 3:9-11 KJV)

It is time; Jesus is with you and all the resources of heaven and earth are at His command! Move with Him, step by step, whatever He says to you, do it! Let Him be seen and known as King of King and Lord of Lords through His miraculous interventions in seemingly impossible situations! With God, all things are possible!

I HEARD, “I AM DELIVERING THE ENEMY TO YOU!” MOMENTOUS MOVEMENT AND TURNAROUND!