I HEARD, “FOUR QUADRANTS; THE PLUMB LINE HAS DROPPED, LEVELING HAS BEGUN” 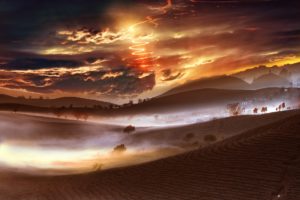 I HEARD, “FOUR QUADRANTS; THE PLUMB LINE HAS DROPPED, LEVELING HAS BEGUN”

A few weeks ago upon awakening, I clearly heard, “four quadrants.” I had no idea what that meant and began seeking the Lord diligently and little by little receiving revelation. I knew that quadrant means sections, and that there are many instances where four is mentioned in the Bible – four winds, four angels, four corners, four living creatures, etc. In my own understanding, I was puzzled by the emphasis on four, as this is 5779, a “nine” year. Holy Spirit told me to keep looking.

The first mention of four in the Bible (not counting the fourth day) is Genesis 2:10, the river in the garden of Eden that splits into four heads:

“And a river went out of Eden to water the garden; and from thence it was parted, and became into four heads.” (Genesis 2:10 KJV)

The names of the rivers are Pison, Gihon, Hiddekel and Euphrates. When I looked up the meanings of those names in Strong’s Concordance and the Hebrew/Chaldee Lexicon, I got the first clue on why He was emphasizing four in this year. Pison means overflowing and increase; Gihon means bursting forth from fountains; Hiddekel means rapid; Euphrates means sweet and fruitfulness. These are all words that have been used to describe this year! There is new wine coming forth, and we are feeling the urgency of the pressing!

I sensed Holy Spirit impressing the word “order” in four. There are four directions, four divisions of the day, four seasons. The word seasons in Hebrew is “mow’ed” which means appointed place or time (Strong’s Concordance). I sensed there was a significance to the four winds. I immediately thought of Ezekiel prophesying to the four winds in Ezekiel 37, to breathe upon the slain, that they rise up into a mighty army. Further, there are ten references to the four winds in scripture, and ten represents order and government. I heard Holy Spirit saying that this is a season where God is setting His order and creation is responding.

Holy Spirit then impressed upon me to read about the four winds in Revelation 7:1:

“And after these things I saw four angels standing on the four corners of the earth, holding the four winds of the earth, that the wind should not blow on the earth, nor on the sea, nor on any tree.” (Revelation 7:1 KJV)

According to Strong’s Concordance, the word “corner” in Greek is gonia and means angle or quarter. ChristianAnswers.net states, “The Greek meaning is perhaps more closely related to our modern divisions known as quadrants.”

I was surprised to find (per Wikipedia and navy.gov.au) that there was a ship in World War II named Quadrant! (A few months ago the Lord gave me a word about aircraft carriers and eagles, revealing three levels of warriors being promoted, so when I read this, I was quickened again.) The HMS Quadrant was first used by the Royal Navy as one of the “War Emergency Programme Destroyers” and later by the Royal Australian Navy. After a few years serving their navy, she was converted and recommissioned as an anti-submarine frigate. Her motto was “Seek and Smite.”

I looked up quadrant, in Merriam-Webster’s Dictionary. Yes, it is a math word denoting sections of a circle or plane, but another definition is a navigational instrument for measuring altitudes and usually having a plumb line or spirit level for fixing the vertical or horizontal direction. There are many types of spirit levels. One is a bull’s eye level that allows for leveling of planes in two dimensions, and accuracy of all spirit levels depends on its sensitivity.

What is the Lord saying in all of this? Early this morning I was burdened and travailing before the Lord over the warfare in families and in our nation as a whole. I was caught up in a vision and saw a giant gold plumb line drop to the earth. I saw (but did not hear) an explosion – all shades of gold and bronze in what seemed to be a large cloud. As it spread, a large crack formed in the earth and many subsequent and deep fissions formed. I sensed by Holy Spirit that terror and glory were both present – glory for those that know Him and terror to his enemies. I heard, “The leveling has begun.”

According to Dictionary.com, the word “level” comes from the Latin meaning scales and balances. It also means sending accusations, aiming weapons and demolishing structures.  It began to come together.

What I am hearing by Holy Spirit is that our warfare is shifting in this season. God is setting a plumb line to bring forth His order in every realm, and all creation is responding at this appointed time. He is leveling demonic structures. Even as the enemy has been leveling accusations and warfare against God’s people at all levels, the Most High God holds all the scales and balances and He is leveling His sharp aim to topple and demolish the works and plans of His enemies.

I hear the Lord say, “I am forming a company of War Emergency Programme Destroyers. I am recommissioning warriors who thought you were decommissioned! You thought you were through, but I have need of you. Some of you decommissioned yourselves through offense at the trials. You were sidelined for a season, and this is the reason. You were called to a rest, to gain strength for the best. Your maturity in discernment to the spirit levels brings wisdom needed in this hour to destroy the works of the devourer.”

He continued, “I am also recommissioning those who have been fighting on one level. It is time to draw closer and receive a new adjustment to your sights; the warfare is shifting. You shall feel the vibrations, deep sounds from the depths of the seas and under the earth. As you travail in the pressing, there will be a new expressing. Decree and declare from the depths to the air; you are entering into a new warfare.”

Holy Spirit is breathing new life through the four winds into the Body of Christ throughout the four corners of the earth. New strategies are being released. The Spirit of Truth is coming forth as a sharp sword in the mouths of the saints as we prophesy the words that we hear by the Spirit of the Lord.

I am hearing by the Spirit of the Lord, “The time is coming, and it is now, that my plumb line will cause many knees to bow. There is groaning in all parts of the earth, labor pains of the coming birth. The enemy has overplayed his hand and now is time to restore the land. Let My glory arise, in full array, bring forth what I have conceived; now is the day. Can you hear the sound of shifting? Release all that I’ve shown you in the sifting. Do not fear the war at hand; My Spirit will lead you as you take the land. Allow my pressing to bring you low, hear the sounds from above and below; take aim with My words, be quick to obey, the angels will fulfill without delay. My plumb line has dropped and leveling has begun; re-assembling and aligning for the Kingdom of My Son.”

I WILL FILL ALL THINGS; DECLARE MY GOODNESS! IT IS A TIME OF FAVOR; IT’S TIME TO ASK AND RECEIVE!