HEAR IT BY THE SPIRIT, “STEP IT UP A NOTCH” 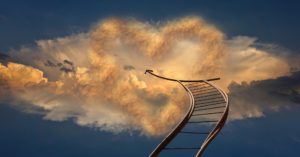 HEAR IT BY THE SPIRIT – “STEP IT UP A NOTCH”

The other day I heard in my spirit, “Step it up a notch.” I immediately felt stirred in faith and knew exactly what it meant for me. There are places in my spirit that I have not been fully releasing and I knew it deep within that this is the time! I am hearing so strongly, “It is time for my sons and daughters to manifest my Kingdom, to walk in the knowledge of their identity as my child and the authority I have given them. The enemy is trying to gain ground and it is time for my Kingdom to be released in power.”

I am feeling such a strong urgency in this. It is like a fire shut up in my bones, and I have to declare it! “Step it up a notch.” You know in your spirit what this means for you. For me, I am a prophet and I feel this roaring inside; I cannot help but prophesy (Amos 3:8)! The sons and daughters of the Most High God – El Elyon – are coming forth into this hour to release His Kingdom power!
I was curious as to why the word “notch” was used. It isn’t a word I associate with the Lord, and it certainly isn’t in scripture! I was seeing it a rung on a ladder, to rise higher in the calling, to advance. I looked it up in the dictionary. I wasn’t surprised to see that one of the definitions of “notch” is “degree,” but I was shocked to see some of the definitions of “degree!”

Degree:
1 : a step or stage in a process, course, or order of classification
2a :a rank or grade of official, ecclesiastical, or social position
b archaic :a particular standing especially as to dignity or worth
c :the civil condition or status of a person
3genealogy : a step in a direct line of descent or in the line of ascent to a common ancestor

A rank or grade of Ecclesiastical position!!!! The Ecclesia (Latin), or Ekklesia (Greek), the CHURCH! It is a standing, not sitting down, but standing in the reality of the worth that He has placed on your life. It is the status of being a son or daughter of the KING! It is stepping into the direct line of descending from Christ to the earth and ascending to the heights where He is, bringing Heaven back to earth. Ascending with Him, receiving His riches and descending to the earth to bring His Kingdom here!
Step it up a notch, rise into the high calling upon your life!

But rise, and stand upon thy feet: for I have appeared unto thee for this purpose, to make thee a minister and a witness both of these things which thou hast seen, and of those things in the which I will appear unto thee; [Act 26:16 KJV]

Hear His voice! I am reminded of a vision God gave me some years ago where I was standing on the sea and it was dark and stormy, the waves were roiling, it was perilous conditions. There were people drowning around me, trying to grab me and screaming, “Help me; help me.” I cried out to the Lord, “Lord, what can I do? I don’t know how to help them!” I actually heard the words, “John 20:21” and had to look up the verse.

I felt the Lord telling me it is time to share this vision and prophetically release this to the Body of Christ for this hour. The Lord is sending you forth in this hour, to demonstrate and release His power!

To the intent that now unto the principalities and powers in heavenly [places] might be known by the church the manifold wisdom of God, [Eph 3:10 KJV]

5778 is the year of new beginnings, and we go through new gates into new lands. This is enemy territory where many are held captive and waiting for the deliverers! The Lord is sending you! Rise in the authority He has given you as His son or daughter; you are equipped and ready for the battle, and the angels have been dispatched to assist you!

This command, “Step it up a notch” is full of effectual faith if you have ears to hear. For me, it caused me to step forward in a situation where I saw that my flesh was clearly unwilling but my spirit was compelled to obey. I was given a word for someone and I didn’t want to release it in my flesh because of an opinion I held. As I obeyed, I immediately felt an inpouring of Holy Spirit that broke something off of me and released more of His power in and through me. The Lord showed me that I had gone into agreement with the enemy in an area because of an offense that occurred some months ago and my obedience broke the power of it, providing Him access in that area!

I went into our ministry the next day preaching the word with boldness and there was tremendous breakthrough in the atmosphere and life came to the hearers. One instance was powerfully significant as it was a woman who for nearly a year had been bound with chains of hatred and bitterness. I have been praying in my heart for her since I met her, but she would not let me pray for her when we ministered…until yesterday. The power of God through His word broke through to her so that she was able to hear and receive the Father’s love, desiring prayer for the first time since we met her nearly a year ago. When we returned home, at the gateway to our community, there flew in front of our car a dozen or so white doves! We are entering a season of signs following!

One of the weapons of the enemy that will cause you to stumble is offense. I had opportunities every daily last week for offense, and saw all in the spirit with the exception of the last one. Where I stumbled was with family and I lost my peace. I kept my tongue from saying what I wanted to in the flesh (thank God for self-control) but I lost an opportunity to speak blessing because I lost my peace. I was greatly troubled, and had to repent, and ask forgiveness! Thank God He is quick to forgive and cleanse from all unrighteousness!

Know that this is one of the enemy’s favorite tactics and be prepared ahead of time. We are told to walk circumspectly (very carefully – think of land mines under the ground of our feet) and redeem the time. In the realm of time, we are given opportunities in situations and with people that the enemy has stolen and redeeming them for the Kingdom! The enemy will use whatever he can to trip us up in this season, but we have the mind of Christ! Be alert, on guard, ever ready to respond with His love and speaking blessing! We are sons and daughters of the most High God and our words carry weight; they change atmospheres! Bring the Kingdom forth; speak life and blessing. Bless your enemies!

This morning, once again I had a fresh opportunity. I was thinking thoughts that weren’t in line with God’s love towards certain others, and had all the “reasons” to justify my thinking. I chose to pray blessing over them. It shifted! Immediately after, God gave me revelation in His word and then Holy Spirit prompted me to open the curtains and I saw an incredibly glorious sunrise!
This is a season where you will be given opportunities to obey that your natural mind or your flesh will not understand or agree to.

Bring your will into conformance to the will of God and He will bring supernatural release. Areas where you have tried before and had no success are going to be met with the supernatural power of God when you obey His word to you. Step it up a notch! The Father is saying it is time. That means He is enabling us, the windows of heaven are open over us as we walk in obedience. His favor is on us for the time of the Kingdom is at hand. He is ready to pour forth as we step out in faith upon His word.

Where is He telling you to step it up a notch? If it is in giving, then do it liberally and watch the supply come in! Is it in taking that ministry to the next level? Step into it; it is the time of favor. Is it in acts of love and kindness? Now is the time; the Father has been preparing the hearts and now is the time for restoration. Is it in believing all that He has said you are, all the words that have been spoken? Step it up a notch. How do you step up believing? Listen, hear, the time is now. The Kingdom of Heaven is at hand…here…now.

Step it up a notch! Walk in the authority of the King. He is sending us and we are to bring His Kingdom wherever we go! Raise the bar, rise in the spirit and walk in the fullness of what you know deep inside He has created to you to be! I hear the Lord say, “Hear in the spirit, listen and obey. I give you faith through the words that I say. Step forward when you hear my voice; you will be filled with power and rejoice. Rise up above all that you know; my Spirit will show you the way to go. There is much that needs to be done. Now is the time for the release of My Son. You are well equipped and the time is at hand; now go forth and possess the land. I am with you wherever you go, the season is now for my river to flow. Let my life in you be known; others will see my heavenly throne and receive my life as exchange for their own.”