DO NOT FEAR, THE BREAKER IS HERE; YOU WILL PASS THROUGH, FOR I AM NEAR! 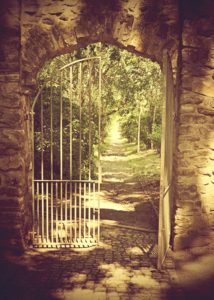 DO NOT FEAR, THE BREAKER IS HERE; YOU WILL PASS THROUGH, FOR I AM NEAR!

The breaker is come up before them: they have broken up, and have passed through the gate, and are gone out by it: and their king shall pass before them, and the LORD on the head of them. [Mic 2:13 KJV]

This morning I felt the presence of the Lord strongly. I had had two dreams – one of which was about identity, and the other I was in a dangerous situation that caused fear. I thought of the Equifax breach and was reminded that my life is hid in Christ with God, that He is my identity and I am safe and secure with Him. All things are hidden in Him. As I was declaring His greatness, I heard, “The King Eternal” and “The Only Wise God.”

Now unto the King eternal, immortal, invisible, the only wise God, [be] honour and glory for ever and ever. Amen. [1Ti 1:17 KJV]

To the only wise God our Saviour, [be] glory and majesty, dominion and power, both now and ever. Amen. [Jde 1:25 KJV]

I felt the Holy Spirit nudge me to look up “Saviour.” I thought this was odd because I have looked it up many times and know about the fullness of salvation that is included in the word Saviour. However, I looked it up because I knew that Holy Spirit was going to show me something for NOW. One of the words included in the definition is “to preserve one who is in danger of destruction.” I heard that many in the Body of Christ are in fear right now because of the Equifax breach and need to be reminded that I AM going before them, that I AM preserves them, that in I AM there is no danger that can come near!

I was reminded of how Jesus passed through the crowd invisible. Yes, “the King eternal, immortal, INVISIBLE…” Then took they up stones to cast at him: but Jesus hid himself, and went out of the temple, going through the midst of them, and so passed by. [Jhn 8:59 KJV]

The Israelites were hidden from the Egyptians as they passed through the Red Sea. And the angel of God, which went before the camp of Israel, removed and went behind them; and the pillar of the cloud went from before their face, and stood behind them: And it came between the camp of the Egyptians and the camp of Israel; and it was a cloud and darkness [to them], but it gave light by night [to these]: so that the one came not near the other all the night. [Exo 14:19-20 KJV] The enemy cannot come near; you are hidden, do not fear!

How did they pass through? By faith in God’s Word that He would go before them and take them into the promised land. Fear will drown your faith! The enemy wants you to drown in fear! But God says, my angels surround and I AM near! By faith they passed through the Red sea as by dry [land]: which the Egyptians assaying to do were drowned. [Heb 11:29 KJV]

We are in a season requiring GREAT faith, the enemy is coming strong to try and block us from entering the land of promise. Yet the LORD is with us, the KING is with us right now to lead us into His great and precious promises. Our identity is in HIM, not in what the world says, not in our money, our bank account, our credit rating. He hides us under the shadow of His wings. [[To the chief Musician, Altaschith, Michtam of David, when he fled from Saul in the cave.]] Be merciful unto me, O God, be merciful unto me: for my soul trusteth in thee: yea, in the shadow of thy wings will I make my refuge, until [these] calamities be overpast. [Psa 57:1 KJV]
In the book of Micah, Chapter 2, the enemy was coming in strong against God’s people – to plunder their goods and take the glory from their children! Woe to them that devise iniquity, and work evil upon their beds! when the morning is light, they practise it, because it is in the power of their hand. And they covet fields, and take [them] by violence; and houses, and take [them] away: so they oppress a man and his house, even a man and his heritage. … The women of my people have ye cast out from their pleasant houses; from their children have ye taken away my glory for ever. [Mic 2:1-2, 9 KJV]

He is with us, and the angelic host is doing battle on our behalf even right now. Our faith and the words of our mouth speaking faith are key! He is the Only Wise God – Eternal, Immortal, Invisible, to Him be Glory, Majesty, Dominion and Power now and forever, AMEN! I declare right now NO LOSS. I declare that the angels are standing guard, and their presence creates a cloud that separates you from the enemy’s eyes. You are HIDDEN! All that belongs to you is HIDDEN!

There are forces doing battle in the heavenlies right now, and even as prayers brought release of Peter from jail, prayers are bringing our release from being held captive in fear. When they were past the first and the second ward, they came unto the iron gate that leadeth unto the city; which opened to them of his own accord: and they went out, and passed on through one street; and forthwith the angel departed from him. [Act 12:10 KJV]. The angels are opening the gates and we will pass through! Believe, for He is near, Believe and do not fear!

What does Equifax mean? In Latin, “equi” means equal. “Fax” is short for facsimile – an exact COPY. The enemy wants us to cower in fear at potential loss of identity, but GOD! His plan is that we come into our TRUE IDENTITY, not a copy, a facsimile, but the TRUE and ACTUAL new creation that Jesus died for. His life in us, His power coming through us, His life being seen and known in the earth, Jesus the HEAD of the church; making known to the principalities and powers the manifold wisdom of God BY THE CHURCH! To the intent that now unto the principalities and powers in heavenly [places] might be known by the church the manifold wisdom of God, [Eph 3:10 KJV]

His strategies, His plans, making known to the principalities and powers HIS MANIFOLD WISDOM by us! How? Walk in faith, not fear, know that the I AM is ever near. Jesus died and rose again, seated on high we are with HIM! Do not cower in fear, for I AM near. I AM in front and will appear when the time is right, I will make known that I AM the one upon the throne. All things are created for My Glory, and your true identity is part of My story. Do not fear, for I am near. The gate will open for MY NAME, I have declared and will receive all fame. Stay in faith and walk with me. Hidden in Christ you will ever be. In the days ahead you will see, and in MY identity be set free.

The breaker is come up before them: they have broken up, and have passed through the gate, and are gone out by it: and their king shall pass before them, and the LORD on the head of them. [Mic 2:13 KJV]