ANGELIC HELP AND THE GATE OF FIRE 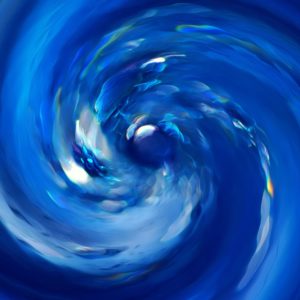 ANGELIC HELP AND THE GATE OF FIRE

During worship at the Glory of Zion Head of the Year 5778 Conference, I had a vision that was in two parts. Holy Spirit gave some of the revelation during my seeking, and another portion in a dream and shortly after when He woke me at 3:33 a.m. two days later. These were confirmed by subsequent apostolic and prophetic words that came forth at the Conference.

The first part of the vision was all in shades of blue. The atmosphere was a cerulean blue, luminous, thick and pulsing, as if it had substance. There were a multitude of people worshiping, thousands. These were another shade of blue, a darker blue – nearly royal blue in tint. As we worshiped, there was a portal opened and angels began descending. They were a very light iridescent blue in color. They were about the same size as the people, and had many wings. They seemed to be dancing above us, then they began interacting with us in a graceful way, ascending and descending. They seemed to be putting things into our hands, then they would fly up through the portal again, returning with more to give us.

And he dreamed, and behold a ladder set up on the earth, and the top of it reached to heaven: and behold the angels of God ascending and descending on it. [Gen 28:12 KJV]

And he saith unto him, Verily, verily, I say unto you, Hereafter ye shall see heaven open, and the angels of God ascending and descending upon the Son of man. [Jhn 1:51 KJV]

The second part of the vision was a completely different atmosphere. This was a darker background, and the images in the vision were all fiery reds, oranges, golds and yellows. The first thing I saw was a huge being that looked like a man in armor. He was at least three times as high as a man, perhaps 20 feet. He seemed to be made of fire, yet the different parts of his body and the armor he was wearing was very defined. He was fully dressed in metallic armor of a bronze type as to color, and his face was a burnished sienna. Again, all of this being seemed to be made of fire. He was holding a flaming torch that was larger than he and guarding a fiery gate.

The gate was massive in size, larger than a football field. My sense was that it guarded a city of sorts. Just beyond the gate was the Lord High and Mighty, seated on what seemed to be a fiery chariot because it had wheels. As I looked closer, I saw that it was a throne, yet with wheels. These were all made of fire, yet the Lord Himself was in white. I knew that it was necessary to go through the gate of fire and that it was a holy fire that would purge away all that was unholy.

I beheld till the thrones were cast down, and the Ancient of days did sit, whose garment [was] white as snow, and the hair of his head like the pure wool: his throne [was like] the fiery flame, [and] his wheels [as] burning fire. [Dan 7:9 KJV]

As I sought the Lord, what I heard was that we are in a time where angels are being directed to bring us tools for the battle. We are being called to a higher level of authority and there are divine tools and instructions that will be given directly from the heavenly realm to equip and enable us to overtake and overcome in the power of the Spirit. One way these portals are being opened is through our worship. As we worship, the veil of the enemy is broken and we see what was heretofore hidden from us.

When the Lord woke me at 3:33, the second part of the vision was made available to me again and Holy Spirit revealed the meaning. I heard,

For a great and effective door has opened to me, and [there are] many adversaries. [1Co 16:9 NKJV]

I heard the Lord say that there are many gates in the time ahead that the Body of Christ will need to press through…some individually and some corporately. There will be baptisms of fire where the breath of God will blow upon everything in us that is unholy. This is not necessarily the gross sins that we think of as unholy, but every mindset and structure in us that will keep us from manifesting His Kingdom on the earth. The breath and fire of God will remove those things.

I indeed baptize you with water unto repentance: but he that cometh after me is mightier than I, whose shoes I am not worthy to bear: he shall baptize you with the Holy Ghost, and [with] fire: Whose fan [is] in his hand, and he will throughly purge his floor, and gather his wheat into the garner; but he will burn up the chaff with unquenchable fire. [Mat 3:11-12 KJV]

Behold, I will send my messenger, and he shall prepare the way before me: and the Lord, whom ye seek, shall suddenly come to his temple, even the messenger of the covenant, whom ye delight in: behold, he shall come, saith the LORD of hosts. But who may abide the day of his coming? and who shall stand when he appeareth? for he [is] like a refiner’s fire, and like fullers’ soap: And he shall sit [as] a refiner and purifier of silver: and he shall purify the sons of Levi, and purge them as gold and silver, that they may offer unto the LORD an offering in righteousness. [Mal 3:1-3 KJV]

It is not a time of effort and struggle in works. It is a resting of God and trusting in Him, worshipping Him in every situation, and His very presence will remove the unholy as we are willing to let it go. Through the gates are treasures that are guarded by demonic beings and structures. Only after we have allowed the fires of the Holy One to burn can we remove the treasures.

And I will give thee the treasures of darkness, and hidden riches of secret places, that thou mayest know that I, the LORD, which call [thee] by thy name, [am] the God of Israel. [Isa 45:3 KJV]

The demonic realm is deceptive and attaches itself to the fear in us and to the seeds that were planted by the world, the flesh and the fiery darts of the evil one. That is why the battle is fierce. We must be on high alert, discerning the voices and the situations that we encounter. It is a time to redeem what has been captured by the evil one. We will receive heavenly tools to bring into time so that we can redeem, or buy back, what has been stolen. It is time of restitution, reclaiming the earth to the rightful owner…the Lord God Almighty!

See then that ye walk circumspectly, not as fools, but as wise, Redeeming the time, because the days are evil. [Eph 5:15-16 KJV]

Here is what I heard the Lord say to encourage us:

“As you begin to draw closer to Me, My presence will cause a greater desire for all that I am. Come up higher, let My Holy fire burn away all unholy desires. Come closer. I am calling you forth. This is the time, and you are mine. Come forth I say, let my winnowing fan remove all that is not withn My plan. My wind is blowing and drawing you near. Listen, if you have an ear. Do not listen to the voice of fear. Come up higher, come up here.

Come to the gate and enter in, I will remove the man of sin. The fire of My presence will burn away all unholy and you will say, the Great I AM has brought me here. Come up higher, do not fear, the Great I AM is calling you near.

It’s time to enter through the gate, do not let your thoughts anticipate and cause you to delay and wait. The time is short and creation is groaning. Can you not hear the sound of their moaning?

Come near and let my wind and fire remove from you all other desire. My glory will then be seen and known. Come through the gate, receive from My throne to bring forth the Kingdom in My Name alone. No other Name can reign in you for my Holiness to bring forth what only I can do.”

REV YOUR ENGINES PART 2 (GUEST POST FROM A RACE CAR DRIVER) WE ARE TAKING BACK THE APPLE FROM EVE!